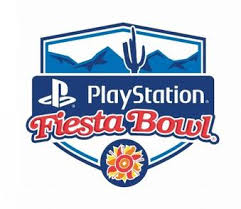 The Fiesta Bowl is an SEC affiliated college bowl game played at the State Farm Stadium in Glendale Arizona.. The 2019 edition of the game will be played on December 28 and has been designated one of the College Football Championship semi-finals. It was first played in 1971, making this year the 49th edition of the game.