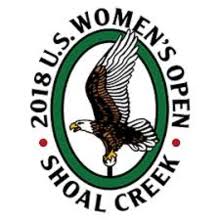 This Year’s  United States Women’s Open Golf Championship will be the 74th edition of this venerable event, one of thirteen national championships conducted by the United States Golf Association (USGA).  It is the oldest of the LPGA Tour’s five major championships, which includes the ANA Inspiration, Women’s PGA Championship, Women’s British Open, and The Evian Championship.

This year’s event will be held May 30th thru June 2nd in Charleston.